Caritas Australia’s CEO, Paul O’Callaghan has expressed his condolences and acknowledged the enormous contribution of William “Bill” Byrne to Caritas, particularly in its earliest beginnings.

In 1968, Bill Byrne was chosen as the first lay and full-time National Executive Director of Australian Catholic Relief (ACR), the former name of Caritas Australia. He took over from Monsignor George Crennan. A few years earlier in 1964, Archbishop James Gleeson of Adelaide, (the first ACR Chairman), had encouraged the proposal for the nationwide Lenten appeal which became Project Compassion. 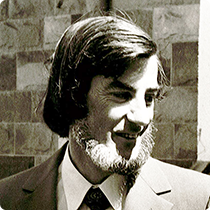 “Bill Byrne was known by many for his keen and perceptive mind, zeal and leadership skills,” Mr O’Callaghan said.

“He was also widely known for his appreciative and supportive personality. It has been said he had a great rapport with his overseas counterparts and a deep interest in every person he worked with or came across.

"We often say the combination of the great leadership to Caritas at the time, which included Bill Byrne at the helm, was a great gift to the Church in Australia."