The category five storm struck four provinces – Torba, Panama, Malampa and Sanma, destroying houses and damaging food crops, schools, bridges and roads and causing massive power outages. Estimates of between 50-70% of buildings either damaged or destroyed in Sanma have already been reported.

Communications are still down, so the full extent of the damage or casualties is as yet unclear.

Vulnerable people many of them in remote communities, were forced to flee their villages for higher ground or to take shelter in evacuations centres.

Cyclone Harold adds to the challenges already being faced by the people of Vanuatu which is under a state of emergency, in an effort to reduce the spread of COVID-19 - although there are so far no cases of the virus. Vanuatu’s government lifted restrictions on public gatherings as Cyclone Harold approached, to ensure that people could relocate to safety in evacuation centres.

More than a dozen people remain missing in the Solomon Islands, to the north-west of Vanuatu, after being swept from a ferry in rough conditions whipped up by the cyclone.

The San Isidro school for the deaf, outside Honiara, supported by Caritas Australia, was also severely damaged. The school lost its dormitory roof and the teachers’ house has been damaged. Caritas Australia continues to communicate with San Isidro and other communities where we work to assess the assistance required.

Caritas Australia and its partner organisations, including the Church Agencies Network – Disaster Operations (CAN DO), a consortium of eight church agencies, are in communication with communities where we deliver development programs to assess their needs.

The Catholic Church in Vanuatu, supported by Caritas Aotearoa New Zealand, is preparing to distribute previously stockpiled emergency kits, including 1,000 buckets, tarpaulins and jerry cans to those in need across Vanuatu.

Our thoughts and prayers are with the people of Vanuatu and the Solomon Islands as they face the challenges brought about by Cyclone Harold. 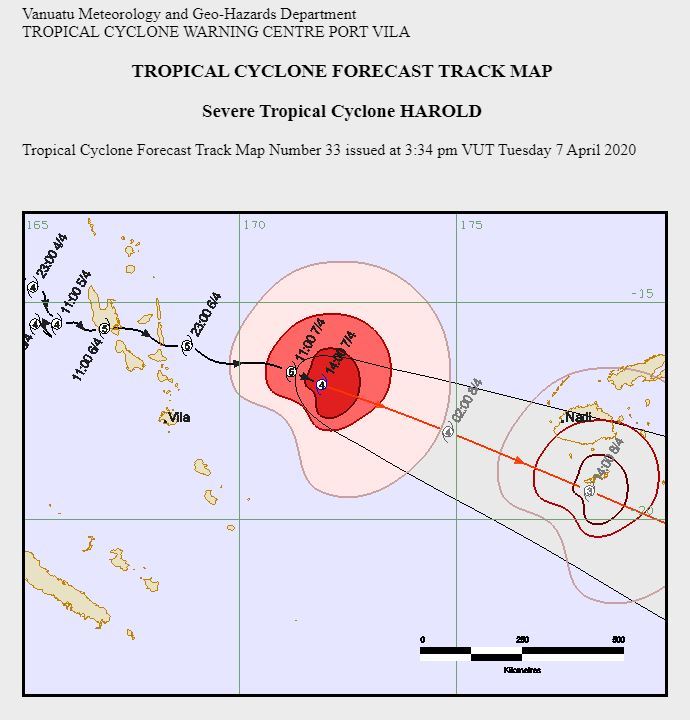 How you can help

Your donation to the Pacific Emergency Appeal will enable Caritas Australia to provide immediate assistance to communities affected by emergencies, as well as long-term recovery and preparedness.

Donate to Pacific Emergency Appeal to assist communities in need. Donations $2 and over are tax deductible.

Caritas Australia works hard to keep administration costs low and ensure your donation has maximum impact. For more information view our annual reports or contact us on 1800 024 413.

Donations to the Pacific Emergency Appeal will be used for humanitarian emergency response activities in the Pacific region where communities may be affected by natural disasters such as cyclones, earthquakes or drought, or man-made disasters such as conflict, famine, displaced populations or industrial accidents. Beyond that, funds may be used to help rebuild homes and communities, to re-establish livelihoods, and to help communities prepare for future disasters.